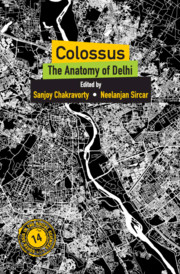 One of the most visible facets of urbanization in India is that it cannot be associated always with a rising standard of living or equal opportunity in terms of the generation of economic and social capital. While there are substantial ambitions of upward mobility among the rural people when they move to cities, their urban destinations remain more unequal than their village homes, and this inequality has been continuously rising since the early 1990s. There is also an increasingly large aspirational push in rural spaces to acquire urban characteristics, which is evident in the gradual convergence in consumption behavior, or increasing investment in education, especially in places such as census towns which are rapidly morphing from rural to urban. However, this drive toward being urban leads to a more complex set of social, political, and institutional processes of city building, which is often coupled with the fuzzy coalitions between the “business class” and the “political class” and is responsible for a divisive landscape marked by not only a visible inequality of income but also inequality in housing, security of land and tenure, basic infrastructure, and access to social safety nets.

While it is widely understood that urban inequality is multidimensional, the vectors of it are also diverse, ranging from social, economic, political, and more importantly, spatial. While dealing with public goods such as basic infrastructure, the question of spatial inequality, or “spaces where people live” becomes more important, primarily due to two reasons. The first is related to the continuously dynamic and haphazard nature of urban growth, which is an offshoot of a much “informalized planning regime,” where planning not only regulates but also “determines and limits” the spaces for urban inhabitance9 across social and economic lines. This often results in informalities in terms of inhabitation and production of city space, and the supply of basic services gets constrained due to the violation of planning regulations. It is worth noting that such spatial informalities are diverse and access to services varies by the different ways these spaces are settled, ranging from squatting on public land to building structures on land not earmarked for residential housing. The second factor that makes spatial inequality interesting relates to the wider question of citizenship and variation of micro-political orders in differentiated city spaces.