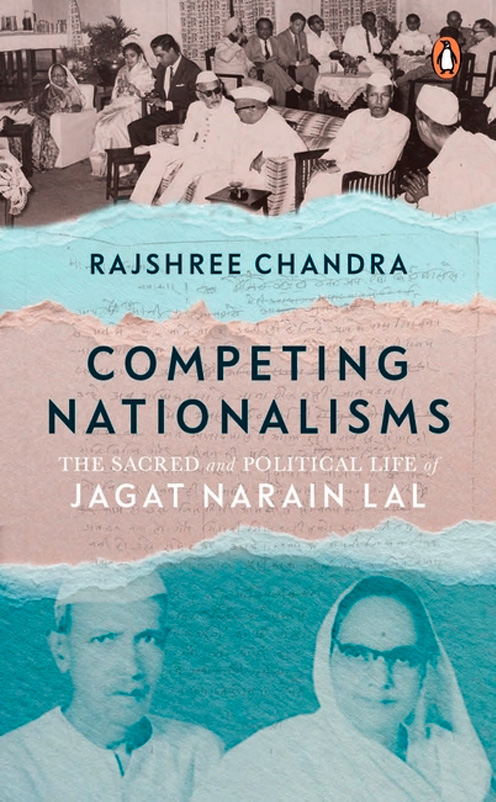 Competing Nationalisms is more than a political biography of Jagat Narain Lal-now forgotten by history, but once an influential member of the freedom movement in Bihar. As a member of the Congress and of the Hindu Mahasabha; as a Hindu nationalist who wanted to combine religion with civic virtues; as a Gandhian and an ‘ascetic nationalist’ seeking freedom in a political world, Jagat Narain Lal’s life becomes a mirror for the times in which a mix of religiosity, spirituality and ritual could not be separated from either the social or the political field

The book travels with Jagat Narain Lal on his journey through four pathways-Ascetic, Hindu Nationalist, Anti-Colonial and Civic nationalisms. His life and times give us a glimpse into these intersecting, contesting and mutating idioms of nationalism. There are bigger leaders, taller nationalists, more valiant fighters of freedom, but none who perhaps so tortuously embodied the many possibilities and contradictions of Indian nationalism. In his anxieties, vulnerability, negotiations and truth-telling, we glimpse Indian nationalism’s own fraught relationship with questions of identity, faith and nationhood.

In leafing through her grandfather’s life, page by yellowed page, Chandra presents not just his political biography but, in a sense, a personal biography of Indian nationalism as well. In Jagat Narain Lal’s small story lies a bigger history of competing nationalisms, as well as a tale that speaks to the present.