How China Sees India and the World 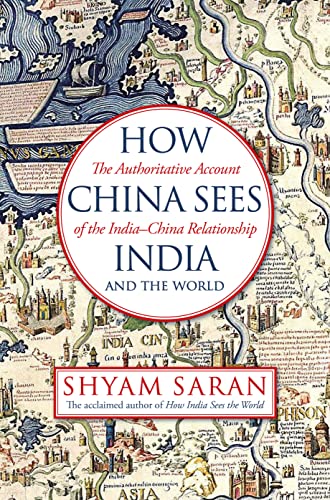 In this magisterial book, acclaimed diplomat Shyam Saran (arguably the country’s greatest expert on China) writes the most authoritative account of the India–China relationship and how China perceives our country.

Saran starts his story with the rise and fall of Buddhism and its spread through the trade routes that connected India to China and China to Europe through Central Asia. As he recounts this gripping story, he questions, too, the Chinese claim that it was the most important and influential civilization of the ancient world, arguing that it was India who played that role.

As a work of history, How China Sees India and the World is superb and tells its story not just in big, bold strokes but also through entertaining nuggets such as the spread of the chopstick, or how the word ‘zen’ arose from ‘dhyan’.

As a work of political analysis, especially of contemporary China and India, it is erudite, acute and strongly argued, based on close readings of contemporary Chinese scholarship, CCP leadership speeches and writings, and through Saran’s own experiences as diplomat and Foreign Secretary. Authoritative and utterly compelling, How China Sees India and the World is a masterpiece – a work that will become a classic.