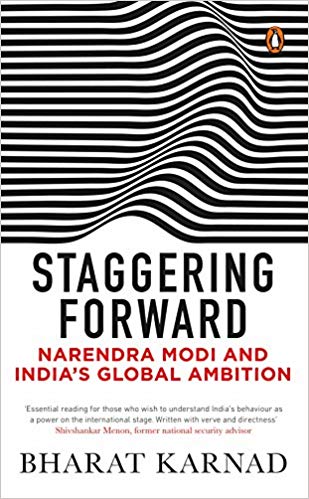 There is a paradigm shift in India’s politics. With his clean reputation, proven track record as chief minister of Gujarat and formidable leadership qualities on display, Narendra Modi seemed the right fit for the prime minister’s job, and just the man to turn the country around after the decade-long UPA rule by the modest and tongue-tied Manmohan Singh. Prime Minister Modi’s first term, however, raises troubling questions. How has his strongman persona and social background impacted policymaking? Has Modi delivered on the high expectations to advance India’s national interest and security? Has the country’s role in the region, in Asia and the world changed, become more meaningful? What has been the effect of Modi’s India First foreign policy on neighbours, and with respect to raising India’s stock in the world and showing the Indian military has teeth? Especially with regard to the US, Russia and China.

Analysing Prime Minister Modi’s foreign and military policies in the context of India’s evolving socio-political and economic milieu, global power politics featuring other strongmen-alpha male leaders (Trump, Putin, Xi, Erdogan, Shinzo Abe), and of Modi’s persona and style of governance, this book offers a critical perspective that helps explain why India has not progressed much towards becoming a consequential power. Argumentative and thought-provoking, Staggering Forward is a must-read to understand India’s foreign and national security policies since 2014.