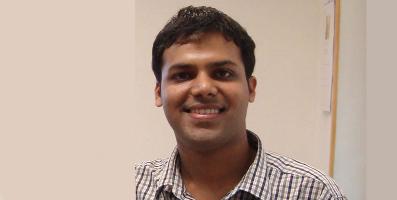 Abhinav was a Consultant at CPR’s Initiative on Climate Energy and Environment (ICEE). He was working on the political economy of the electricity sector and its transition at the national and sub-national levels. This includes an in-depth analysis of the politics of electricity as an important complement to the techno-economic approaches which have hitherto dominated the policy discourse in the sector. He has been active in public debates around public policies related to infrastructures and his career trajectory and research journey has been closely intertwined with the electricity sector. His research interest revolves around developing an anthropological understanding of bureaucracy, public institutions, and the political economy of energy infrastructures, with a focus on the entanglements of state, technology, and public.

Prior to joining CPR, Abhinav worked with Tata Power Co. Ltd. as a regulatory analyst for three years. Here he was involved in coordinating with electricity regulatory commissions, policy advocacy, and monitoring of the legal and public proceedings. Abhinav is currently a Doctoral Candidate at Indian Institute of Technology- Bombay and his Ph.D. thesis is on the anthropological study of electricity infrastructure in urban areas, focusing on the city of Bhopal, Madhya Pradesh. He graduated in electrical engineering from Government Engineering College, Jabalpur, and also holds an M.Phil (Planning & Development) degree from IIT Bombay for which he worked on the issue of public participation in Mumbai’s electricity sector.