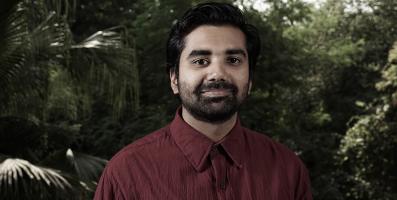 Ankit Bhardwaj was a former senior research associate at CPR’s Initiative on Climate, Energy and Environment. He is researching the political, social, spatial and energy implications of climate change in urban India. His wider research interests include the role of technical knowledge in politics, urban infrastructure and critical theory.

Prior to joining CPR, Ankit has worked with LSE Cities on the adoption of co-benefits as a climate policy-making framework by global cities, and investigating the governance arrangements of India’s Smart City Mission. He has also worked with SEEDS and CURE in Delhi on projects that produced climate-adapted infrastructure in collaboration with local communities. He holds a degree in Civil and Environmental Engineering, from the University of Toronto, and a masters in City Design and Social Science from the London School of Economics and Political Science.