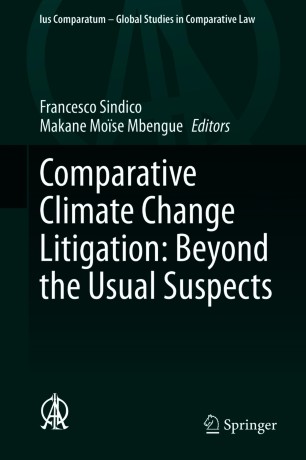 India is one of the countries most vulnerable to the impacts of climate change. It is also one of the highest greenhouse gas (GHG) emitters in the world, although its per capita GHG emissions are very low. An active participant in international climate negotiations, India’s Nationally Determined Contribution (NDC) is considered 2 °C compatible, and its current policy framework is likely to support two of the three targets set out in its NDC.

While the success of the policy framework will be determined by various social, environmental, economic and political factors, it will also depend on the ability of individuals to hold public and private actors accountable for their actions (and inactions), which aggravate the causes and impacts of climate change.

A review of the legal and regulatory landscape in India reveals that the main environment and energy related laws, policies and regulatory processes offer several hooks to bring climate claims to courts. While there have been cases where courts have referred to climate concerns, there is yet to be a judicial decision on the justiciability of climate claims, or one that directs measures specifically for mitigation or adaptation. The jurisdiction of the Supreme Court of India and the High Courts as well as that of the National Green Tribunal is quite broad, and they could potentially decide various types of climate claims. However, one should not be overly optimistic as Indian courts often refrain from interfering in government decisions and policies on infrastructure development and Indian courts are notorious for their overflowing dockets and massive judicial delays.