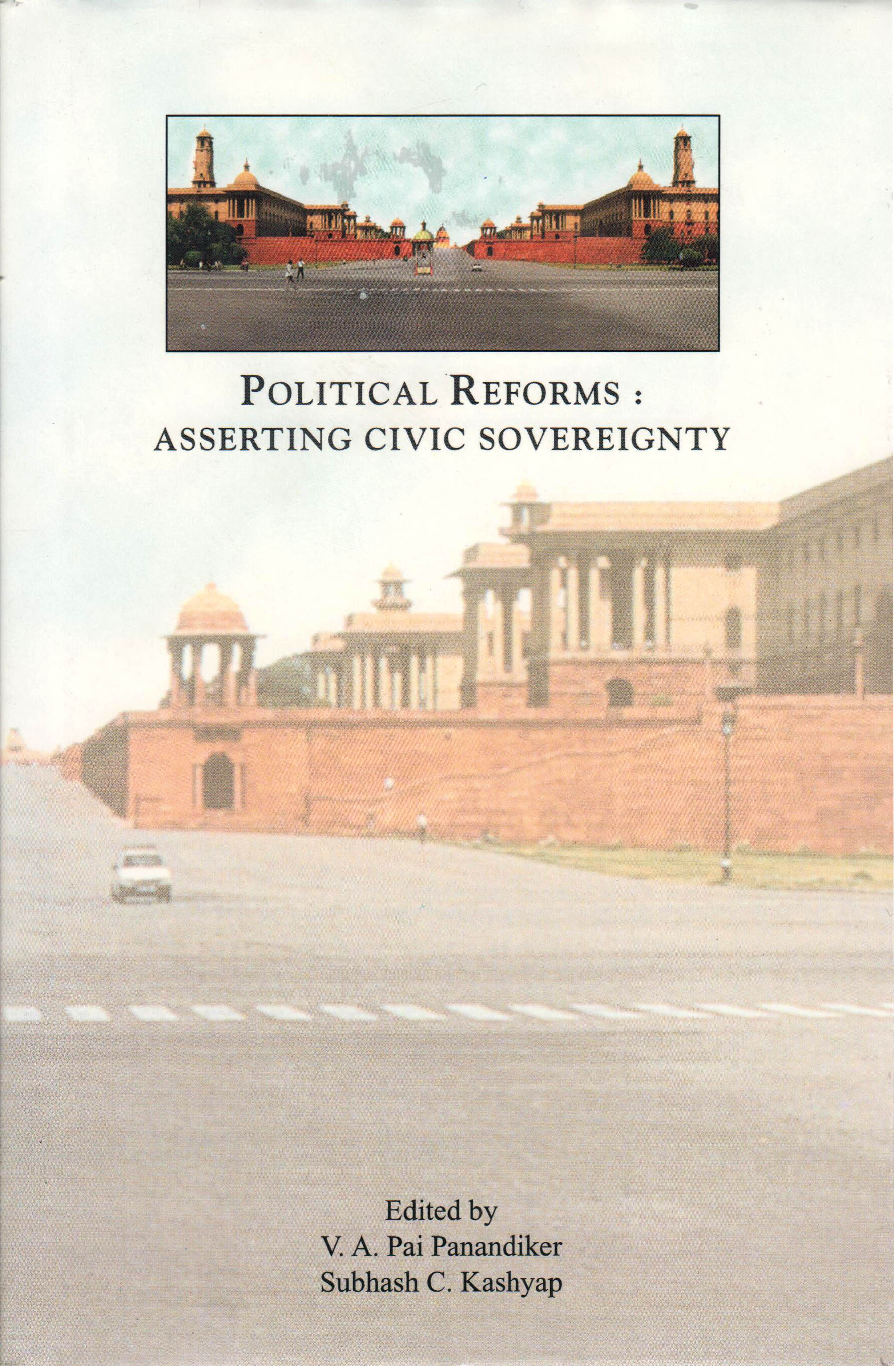 The present study attempts to identify the problems, analyse political, economic and systemic causes, examine policy options and suggest a concrete blueprint for political reforms to ensure sovereignty of the citizens. It covers matters such as structural reforms of the electoral system, citizen-state relationship, multilevel governance, criminalisation, communalisation, casteism, corruption, population control, poor administration, illiteracy, unrepresentative character of legislators, flaws in the organisation and functioning of political institutions, parties and electoral law and process, questionable conduct of legislators, instability of government, inefficiencies of the civil services, funding of political parties and elections etc.

The volume is a part of a study being carried out in two phases. It represents and products of the first stage as a study of the political institutions as well as policy options in different areas undertaken by a group of eminent scholars. The second phase will concentrate on using the reservoir of all the inputs and preparing a blueprint for a necessary and feasible political reform agenda and desirable shifts in policies and priorities pursued by the state.