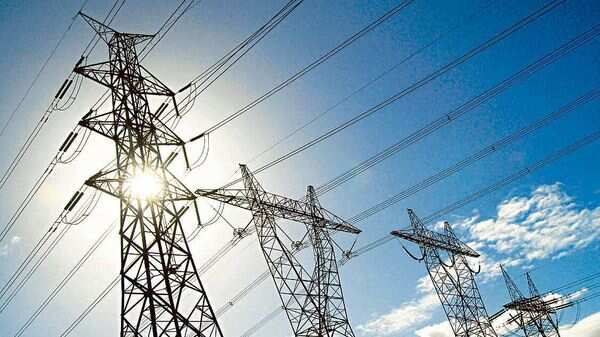 Setting the context for state electricity regulatory agencies in India

Electricity is a concurrent list subject, with a federal dimension in the sharing of power and responsibility between the Centre and States. This reflects in the structure of electricity regulation in India. The Central Electricity Regulatory Commission (CERC) regulates tariffs for generating companies owned or controlled by the Central Government, those with an inter-State dimension, and those concerned with inter-State transmission of electricity. The State Electricity Regulatory Commissions (SERCs) regulate tariffs for generation, supply, transmission and wheeling of electricity within the States.

State Electricity Boards (SEBs) were set up by the Electricity (Supply) Act, 1948 to oversee generation, transmission and distribution activities. These were the backbone of the electricity infrastructure, and controlled 70 percent of electricity generation and almost all distribution by 1991. State governments performed the tariff-setting role. The decision on electricity pricing was often made with political considerations, and this led to a sharp deterioration of the financial condition and management practices of SEBs. A failed attempt to privatize the sector in 1991 was followed by a World Bank-supported reform effort in the state of Orissa, organized around unbundling and privatization in the sector. Several states followed in its steps, and in 1998 the Ministry of Power did the same through the Electricity Regulatory Commissions Act, 1998.

The CERC and SERCs were set up under the 1998 Act (later reconstituted under the Electricity Act, 2003) with the objectives of depoliticizing the sector and incentivizing private investment.
The Electricity Act, 2003, designed to consolidate the various laws governing the electricity sector, brought in two key changes: (i) generation was delicensed; (ii) SEBs were to be ‘unbundled’ or separated into uni-functional utilities.

In the year 1958, the electricity department of the Kerala State was converted into the Kerala State Electricity Board (KSEB), under the Electricity (Supply) Act, 1948. KSEB was responsible for generating, transmitting and distributing electricity within the State. Kerala is a land of mountains and rivers. As such, the region is conducive to the generation of hydroelectricity. In the 1980s, the state depended on a surplus supply of inexpensive hydroelectric power to attract energy-intensive industries. The KSEB even exported the surplus power to neighboring states to earn revenue. By the mid 1990s, however, there was a shortage of generation facilities coupled with growing demand. KSEB is understood to have turned into a net importer of electricity during this period. As a result, not only was the state deficient in power supply but also had to deal with KSEB’s financial burden.

In 2003, with the passage of the Electricity Act, the SEBs were required to be re-organised such that the key activities of generation, transmission and distribution of electricity could be undertaken by different entities. Under a mutual agreement with the Government of India, KSEB continued to function as a State Transmission Utility (STU) and distribution licensee until 2008. From 2008 to 2013, the state government took over the functioning of KSEB as per section 131 of the Electricity Act, 2003. Subsequently, the state government revested all functions, properties, interests, rights, obligations and liabilities of KSEB to its successor, a corporate entity named the Kerala State Electricity Board Ltd (KSEBL) which is a transmission and distribution utility.

The Kerala State Electricity Regulatory Commission (KSERC) was constituted in November 2002, under the Electricity Regulatory Commissions Act, 1998. It later came under the purview of the Electricity Act, 2003. The KSERC regulates generation, transmission, wheeling and distribution of electricity within the State. It regulates power purchases and procurement processes, issues licenses and determines tariffs for electricity operations in the State. The Commission also specifies and enforces standards with respect to quality, continuity and reliability of service by licensees. It is responsible for adjudicating disputes between licensees and distribution companies. Consumer grievances are addressed at the level of the utilities or the licensees. The Electricity Act stipulates that forums for redressal of consumer grievances be set up by all licensees. Consumers whose grievances are not settled by this forum or those who are aggrieved by the decision of this forum can approach the Ombudsman appointed by the State Commission. The KSERC primarily has a standards-setting and policy advisory role quite similar to the CERC, but limited to the State, and is bound to follow national electricity and tariff policy in the discharge of its functions.

Kerala’s reliance on power purchases from other states in order to meet its needs imposes huge costs on the state exchequer. As per the 19th Electric Power Survey conducted by the Central Electricity Authority, the state’s energy consumption is projected to increase by 54% in 2026-2027. [1] With an ever-growing demand, the State may need to strategically diversify current sources of power generation. Long-term resilience in the State’s power sector will be dependent on harnessing the region’s unique topography and environmental features. The Kerala State Power Policy (2019) acknowledges that the State is facing issues related to the quality and reliability of power supply. A detailed assessment of the current transmission and distribution network may be necessary to identify nodes that require revamp.

Kerala’s electricity sector, much like the rest of the country, faces a combination of legacy issues and future challenges. There is a tendency to over-judicialize the field of regulation, which increases costs and tends to benefit financially stronger parties in legal disputes. Further, in terms of a future agenda for the sector, the State will need to explore Renewable Energy (RE) sources best suited for its conditions including the increasing occurrence of climatic events like floods.

As a regulator, KSERC aims to provide a level-playing field to the players in the electricity sector. Amongst the many interventions it has taken towards this, the Commission has released open access regulations to enable power consumers, especially those who consume large quantities of power, to access energy from sources of their choice using the linking network of transmission and distribution licensees. It has recently announced a revised tariff structure for the State. The last such revision took place in the year 2019. State regulatory commissions play an important role in defining the broad contours for the development and functioning of the electricity sectors in their States. An independent, consistent and forward-looking electricity regulatory regime will nudge States closer to achieving self-sufficiency, transition to newer and cleaner energy sources, and encourage an integrated development of the sector.

How India Voted: Making Sense of the 2019 General Election