The series is titled Plugging in: Electricity consumption in Indian Homes.

Electricity consumption in Indian homes has tripled since 2000. The percentage of households with access to electricity has increased from 55% in 2001 to more than 80% in 2017. In 2014, an electrified Indian household consumed about 90 units (kWh) of electricity per month on an average; enough to run four tube-lights, four ceiling fans, a television, a small refrigerator, and small kitchen appliances with typical usage hours and efficiency levels in India. This is three-fourths of the average monthly household consumption in China, a tenth of that in the USA, and a third of the world average.  In this post, we take a closer look at data on India’s residential electricity and the disparities in access and consumption across states.  We also reveal some inconsistencies between different sources, pointing to the need for better data.

All states show considerable increase in total residential electricity consumption in recent years according to data compiled by the Central Electricity Authority (CEA) from distribution companies (see Figure 1). Between 2004 and 2015, states like Assam, Bihar, Chhattisgarh, and Jharkhand with low initial household electrification showed a high growth rate of their residential electricity use (about 11%-16%). States with higher household electrification like Delhi, Punjab, Haryana, and Tamil Nadu grew at lower, but still substantial, rates (6%-8%), with high absolute numbers. 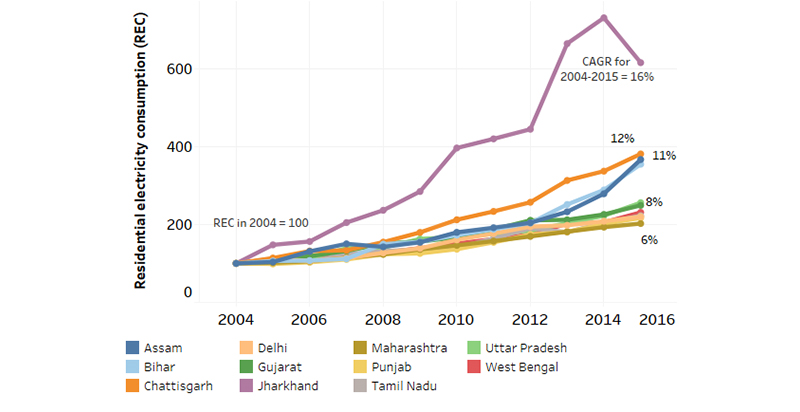 The CEA data along with the census data and the rural electrification data can be used to estimate average monthly electricity consumption of an electrified household in different states. We validate this against the tariff orders issued by state regulators and find interesting results (see Figure 2). 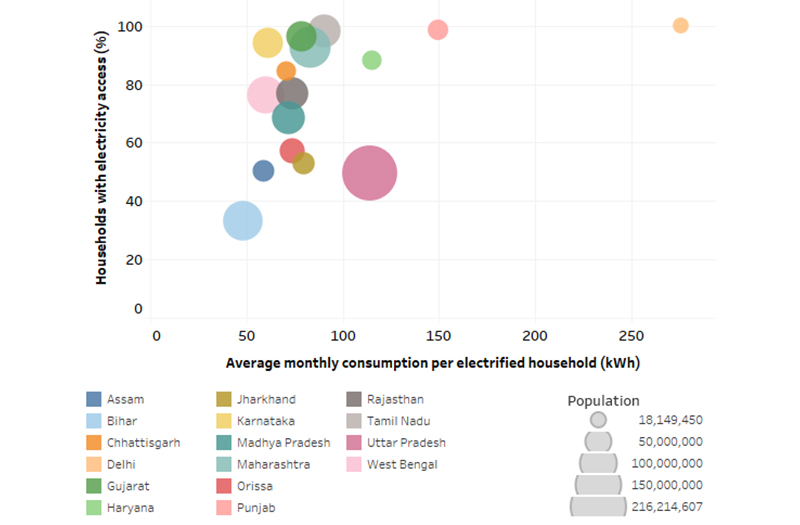 Figure 3: Households in India according to monthly consumption (in kWh or units)

Understanding the factors that lead to such variation in consumption patterns across states and households is important for managing future electricity demand (and to monitor the performance of schemes such as UDAY for the financial revival of distribution companies, and Saubhagya for providing electricity connections to all un-electrified homes). This requires accurate and comprehensive data on electricity consumption which, at present, is a serious area of concern (particularly the limited reporting by distribution companies).

In the next two posts, we look at the most basic use of electricity in Indian homes – lighting – and how the provision of lighting services are changing in the country.

This piece is authored by Aditya Chunekar and Sanjana Mulay from Prayas (Energy Group).

This article was republished in Eklavya Magazine in Hindi under 'स्रोत विज्ञान एवं टेक्नॉलॉजी फीचर्स', and can be accessed here.