May 27th:Transforming slums via upgradation and delisting: Odisha’... 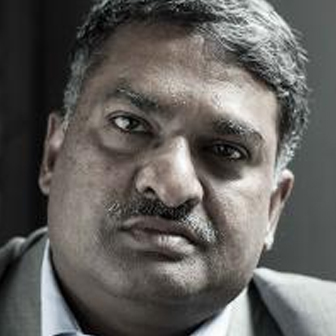 Mr D Shyam Babu is a senior fellow at CPR. His current research interests include socio-economic mobility among Dalits, liberalisation and social justice, and the role of entrepreneurship in mobility. He has also collaborated with Devesh Kapur and Chandra Bhan Prasad to conduct socio-economic surveys to map social change and its linkages with public policies, and entrepreneurship among Dalits. Their 2014 co-authored book, Defying the Odds, has received critical acclaim.

Before coming to CPR, Mr Babu was a fellow at the Rajiv Gandhi Institute for Contemporary Studies in New Delhi. A former journalist, Mr Babu has published widely on caste, identity, and other topics, including nuclear non-proliferation. His academic career began with a focus on national security and arms control, and he holds an MPhil in disarmament studies from Jawaharlal Nehru University.

‘Don’t go to India for the first time’: A protégé remembe...

‘B.R. Ambedkar: The Quest for Justice’ review: Scholar of...

Times Face-off: Is it time to lift the 50 ceiling on tota...

Tackling the roots of discrimination

Nehru and the Kashmir quandary

So, we are all Dalits now?