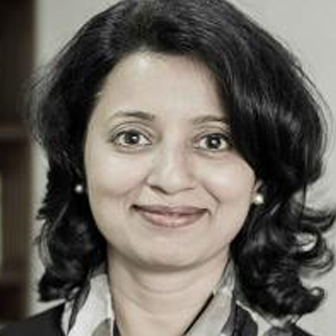 Shylashri Shankar is a senior fellow at CPR. Her intellectual and research interests include constitutionalism and religious freedom, ‘activism’ and policy making by the judiciary, impact of anti-terror laws on civil liberties, conceptual history and migration of ideas between judiciaries, urbanisation and old cities, and the political economy of anti-poverty initiatives. She is currently working on an urban ethnography of a sixteenth-century neighbourhood in Hyderabad.

She is the author of Scaling Justice: India’s Supreme Court, Anti-Terror Laws and Social Rights and co-author (with Raghav Gaiha) of Battling Corruption: Has NREGA Reached India’s Rural Poor. She has also written on judicial activism in India and Sri Lanka, transformative courts in the Global South, cross-judicial engagement on secularism in India, Sri Lanka and South Africa, ethnic conflict in South Asia and the Middle East, and on the politics and impact of anti-poverty programs.

Shylashri has a PhD from Columbia University, an MSc from the London School of Economics and Political Science, an MA from the University of Cambridge, and a BA from Delhi University.

Back to Manicured Pleasures

In Search of Gallic Taste