Harish Damodaran is a Senior Fellow at CPR. He is a journalist with nearly 30 years of experience as a field reporter and editorial analyst with the Press Trust of India, The Hindu Business Line and The Indian Express. Currently National Rural Affairs & Agriculture Editor with The Indian Express, his work and area of interest includes the farm sector, macroeconomics, business and social history. Damodaran has been a Fellow of the New India Foundation, Bangalore (2004) and Visiting Scholar at the Center for the Advanced Study of India, University of Pennsylvania (Spring 2008).

In this edition of CPR Faculty Speak, Damodaran talks about his work and interests at CPR, why they matter, what impact he hopes to achieve and more.

Tell us about your research work and interests at CPR.

My main area of interest – both as a journalist and now researcher at CPR – is agriculture. Working at CPR has given me the opportunity to look at this sector from a more long-term and strategic perspective rather than being focused on the immediate. As a reporter, I would be primarily concerned about the progress of the current monsoon, the impact of its late withdrawal on the standing kharif crop, and whether the government’s recent slashing of import duties on edible oils and pulses may hurt farmers more than leading to any real softening of food inflation for consumers. But at CPR, I am able to think beyond the next harvest/sowing season of how global sugar and coffee prices will behave in response to continuing dry weather in Brazil. And that’s necessary for my own understanding of agriculture.

Why do these issues interest you?

The government’s latest Periodic Labour Force Survey report for 2019-20 has shown that agriculture employs 45.6% of India’s workers, despite contributing to only 16.7% of its GDP at current prices. Any poverty reduction or growth strategy in India is contingent upon agriculture’s performance – its ability to generate employment and incomes. These, I believe, needn’t be just in the farms, but also outside: Crop production per se may take place in farms that cannot absorb more labour. But there is far more potential to create jobs in aggregation, grading, warehousing, processing, transporting and retailing of farm produce – not to speak of supplying fertiliser, seeds, agri-machinery, extension, financing and other services to farmers. Agriculture’s links to the rural or the wider economy is something that most policymakers and economists inadequately appreciate or understand. Nor are the solutions offered – “we need to get people out of agriculture” – particularly helpful, as they don’t answer the simple question of “how” and “where”. In fact, given how little Indian agriculture’s true potential, whether for domestic value-addition or exports, has been exploited, one can even ask “why”!

How does working at CPR help in pursuing your above research interest?

Much of my professional career has been in newsrooms or editorial meetings and focused mainly on the next day’s big story. At CPR, I have been fortunate in interacting with scholars who are as much, if not more, passionate and optimistic about Indian agriculture than me. I would like to specifically mention Mekhala Krishnamurthy and Shoumitro Chatterjee here. Equally, there are many others, including Partha Mukhopadhyay and Yamini Aiyar, who are deeply engaged with issues concerning state capacity that is important when it comes to framing and implementation of policies on agriculture and rural sectors. I have also benefited from participating in conversations with colleagues at CPR’s Initiative on Climate, Energy and Environment. All these interactions would, of course, have been more satisfying without the restrictions on physical meetings imposed post-Covid; I joined CPR this April just when the second wave had hit!

What impact do you aim to achieve through your research?

During my short stint so far, I have been able to contribute to Understanding the Rural Economy, a CPR series that takes cognizance of issues of both current and long-term relevance. A couple of these notes – especially one that points to a possible reversal of dietary and cropping diversification in India during the last decade and another that seeks to estimate the country’s farming population which is significantly agriculture income-dependent – have, I believe, significant policy implications. I hope to write more such detailed notes relating to agriculture and rural policy in the months ahead.

Is there anything else that you are now working on while at CPR?

I have finished writing a firm history of Hatsun Agro Product, India’s largest private dairy company. This just-published book documents both the company that has traversed every potential stage of a business enterprise – from tiny to small, medium, big and, finally, large – and its “new capitalist” founder. Currently, I am working on another business biography project, which is on an “old capitalist” who headed India’s third largest industrial house at the time of Independence. I hope to complete a significant part of work on this project as well in the coming six months!

"Chinks in India's Armour: Are we Battle Ready?" 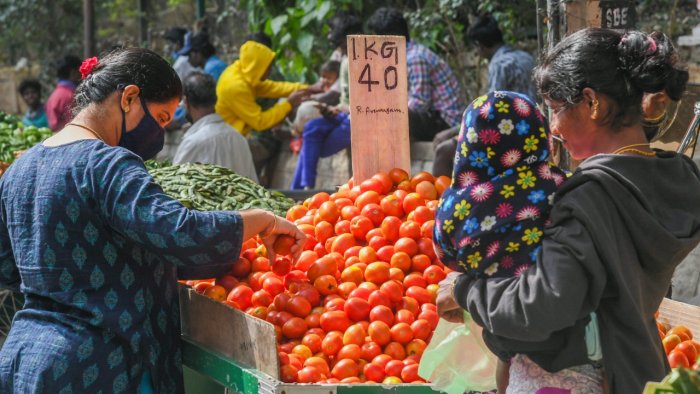