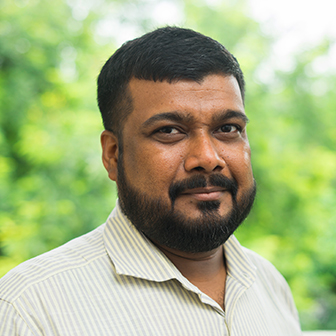 Ashwini K Swain is a fellow at Centre for Policy Research. His research interests include political economy of electricity, interface between energy service needs and climate mitigation goals, and water-energy-food nexus, especially in Indian context. He has also worked on public participation in service delivery, and has a keen interest in political economy of India and political analysis. In addition, he has been actively engaging with civil society organisations and public agencies at national and subnational level on these issues.

He has earlier worked at Centre for Energy, Environment & Resources, CUTS Institute for Regulation & Competition, Agence Française de Développement, University of York, University of Wisconsin-Madison, and National Institute of Public Finance and Policy.

He holds a PhD in Politics from University of York and MPhil and MA degrees in Political Studies from Jawaharlal Nehru University.

As India Readies Its Carbon Market, a Q&A of What’s ...

Trade-offs in carbon trading: Can a carbon market yield b...

Pledges, plans, and actions: An analysis of India’s Panch...

The politics of power in times of a pandemic

Prepaid power is not the silver bullet to solve problem o...

The poor must be included as change agents in the roadmap...