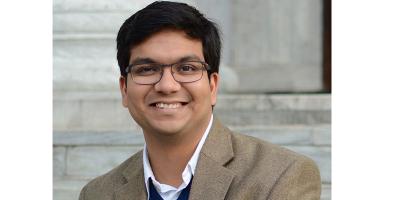 Shoumitro Chatterjee is an Assistant Professor of International Economics at Johns Hopkins University, USA, and a Visiting Fellow at CPR. His research is at the intersection of trade and development economics. One strand of his research focuses on trade in agricultural markets, where he studies market power, inefficiencies, and low farmer incomes. The second strand of his research focusses on globalization and development.

Shoumitro is also a Non-Resident Fellow at the Center for Advanced Study of India at the University of Pennsylvania. Previously, he was a faculty at the Pennsylvania State University and Georgetown University. He has also served as an Economist in the Office of the Chief Economic Advisor of India in 2015-16.

Shoumitro received his Ph.D. in Economics from Princeton University in 2018 and was an INET Research Associate at the University of Cambridge in 2018-19. At Princeton, Shoumitro was a 2017-18 Princeton Institute for International and Regional Studies Graduate Fellow. He also won a Ph.D. scholarship from the Institute for Humane Studies at George Mason University for his dissertation work. He earned his Bachelor of Arts (with honors) in Economics from St. Stephen’s College in 2009, where he won the Ananta Goel Memorial Award. He subsequently completed an MA in economics from the Delhi School of Economics in 2011, where he was the recipient of the Randhir Singh Memorial Scholarship. In 2019, Shoumitro was awarded the International Economics Research Annual Award by EXIM bank.

India’s export opportunities could be significant even in...