The Finance Minister, Ms Nirmala Sitharaman presented the Union Budget on 1 February 2022. What does the budget mean for India’s economy? What are some of the hits and misses? In this piece, scholars at CPR share key takeaways. 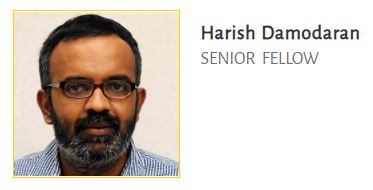 Despite being presented ahead of crucial assembly elections, this is a remarkably non-political budget with neither positive nor negative surprises. There are no income tax cuts for the middle class. There is no increase in PM-Kisan direct benefit transfer payments from the current Rs 6,000/year to, say, Rs 9,000. Increasing this amount would have made political sense, given that small and marginal farmers would benefit the most from DBT. PM-Kisan, it may be recalled, was introduced first ahead of the 2019 Lok Sabha elections. Clearly, the government wants to keep the gun powder dry for 2024 elections.

The budget has announced measures for promoting zero budget natural farming and discourage chemical-based agriculture. One way to do this would have been to rationalise fertiliser subsidies, raise PDS issue prices and cap the current open-ended MSP procurement of paddy and wheat. The resources released from these could have, in turn, been ploughed back into increasing PM-Kisan benefits. That would also signal a policy shift from input- and product-based subsidies to income support to farmers. 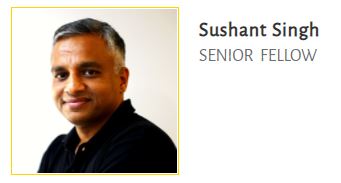 Despite ongoing tensions on the China border, this is a regular defence budget with an allocation of Rs 5.25 lakh crore, a mere 4.3% increase over the previous year which will not even cover for inflation. More than half the amount will go towards salaries (1.54 lakh crore) and pensions (1.19 lakh crore). Capital budget has seen a 9.7% rise but the Army’s inability to spend 30% of its allocation in the current year, when it desperately needs to modernise, is a cause of worry.

Read a more detailed piece on defence allocations in the budget here. 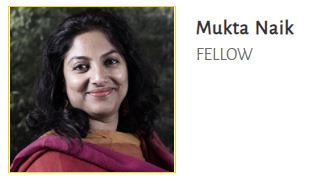 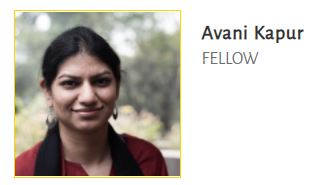 Investments in the social sector remain neglected in this year’s budget. What has been particularly surprising is the low investments for health and also for some of the key schemes that formed an important safety net during the peak of the COVID-19 crisis. For instance, while there remain 77 lakh households that had demanded work under MGNREGS still to receive it, allocations for the scheme saw a 26% decrease over last years Revised Estimates. Food subsidy has seen a 28% decrease even as the Pradhan Mantri Garib Kalyan Yojana providing additional free grains to families was extended till 2022. Similarly, Ministry of Health and Family Welfare, sees only a Rs. 200 crore increase this year.

The budget appears to be a digital budget, and one must be careful it does not become a virtual budget because while technologies can be very transformative, e.g., the inclusion of post offices as part of the core banking system has great potential, the reliance on TV channels to remediate the loss in education during the past two years is a very risky strategy with potentially high downsides.

On urban areas, the move to kickstart green urban transport solutions including battery swapping is laudable as is the recognition of the need to develop a sui generis approach to urban areas but perhaps the fetishisation of metro rail needs some tempering. The thrust on logistics is very welcome but overall, the excessive attention to capital expenditure, including the quantum increase in support to the states, takes the focus away from insufficient allocations for necessary maintenance of existing assets at central and especially at the state and levels. 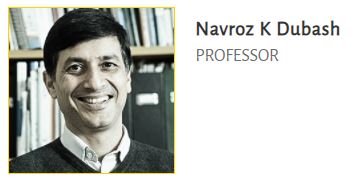 Gati Shakti provides much needed economic stimulus through infrastructure spending. But will the government adequately consider how to use the money to lock in low rather than high carbon futures? And deploy it to build a climate resilient society? 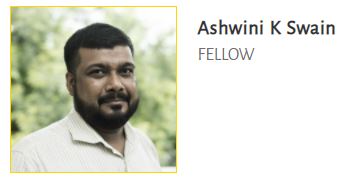 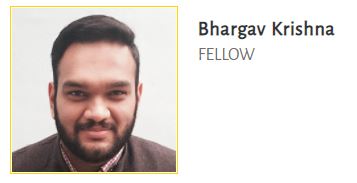 The lack of attention to and even steps backward on air pollution is among the budget’s biggest environmental shortfalls. The paltry allocations to the CAQM and NCAP, coupled with the rapid phase-out of LPG subsidies risks back-sliding in the fight against air pollution. Indications on public transport are welcome but need fleshing out.

Despite claims of greater fiscal space, net tax revenues are higher than budgeted, this budget has moved toward fiscal consolidation rather than broad based support to a struggling economy. Revised estimates for the current financial year (FY 22) highlight that total expenditure reduced by approximately 1.5% GDP from FY 21 to FY 22 and will continue this path to reduce by a further 0.95% GDP from 16.24% in FY 22 to 15.2% in FY 23. The fiscal deficit on the other hand has reduced by 2.5% GDP. The extra fiscal space this FY has been used to reduce the fiscal deficit and not to support public expenditure, a trend that will continue into FY 23.

It is certainly true that capital expenditure allocations have increased from 1.65% of GDP in FY20 to 2.16% in FY21 to 2.6% in FY22 and projected to 2.9% in FY23. This rise is consistent and means that less than 60% of the fiscal deficit will be used to finance revenue expenditure in FY23 compared with 71.4% in FY20. This is a structural change in fiscal stance. But, contrary to the braggadocio in the economic survey, this has come about through revenue expenditure compression, and not through an increase in resource mobilization, which is why the capital expenditure/GDP ratio has increased even though the total expenditure/GDP ratio has shrunk.

The Disruptive Politics of Renewable Energy

Beyond Poles and Wires: How to Keep the Electrons Flowing?