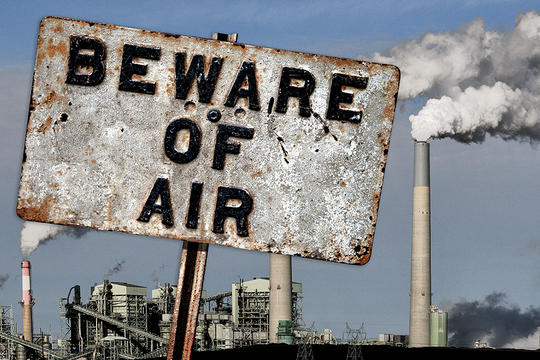 These comments are being submitted in response to the ‘Notice for Public Consultation’ dated 30.06.2022 issued by the Ministry of Environment, Forest and Climate Change (MoEFCC) inviting comments/ suggestions on proposed amendments to the Air (Prevention and Control of Pollution) Act 1981 (Air Act).

The regulatory framework governing air quality in the country needs to be reformed urgently. Significant parts of the Indian population are exposed to air quality that does not meet the National Ambient Air Quality Standards. This crisis of poor air quality is neither urban-centric, nor seasonal, and its impact on public health is staggering. Apart from respiratory and cardiovascular diseases that are commonly associated with air pollution, it is also associated with diabetes, cardiovascular disease, adverse birth outcomes, and ocular conditions, and emerging evidence shows it may lead to other adverse health outcomes like dementia and neurodevelopmental disorders.

Many aspects of the regulatory framework need to be reformed or strengthened to appropriately deal with the nature and scale of the air pollution crisis. One of the key aspects is the ability of the regulatory agencies to enforce the law. Their failure in effectively doing so – evident from the poor quality of air experienced in most parts of the country – is attributable to various factors including institutional constraints, poor monitoring capacity, misalignment of statutory objectives and stated policy goals, and flawed legal design. The proposed amendments are limited to only one factor – the design of the Air Act in terms of punishments for offences.

To the extent the proposed amendments introduce monetary penalties per se for certain offences under the Air Act, the amendments are a welcome move. However, in our opinion, the proposed amendments need to be withdrawn and reconsidered for primarily two reasons: first, they are legally untenable due to excessive delegation of essential legislative functions; and second, the proposed regulatory framework, that will include Adjudicating Officers with the power to impose financial penalties, does not appear to be well-equipped to deal with violation of the law and its impact. Apart from this, there are several errors and inconsistencies in the proposed text which make its implementation problematic.

Policy briefs on India’s climate approach in Paris at COP21

CORP Webinar on ‘Informal Settlements and COVID-19: Water and Sanitation as a Frontline Response’

Research for Policy Action on Air Pollution, in collaboration with CECFEE